It's official: Joe Fontana has announced that he will step down as Mayor of London, Ontario. The embattled Fontana, convicted last week on three charges - fraud, uttering forged documents and breach of trust - released a statement earlier today and will hold a news conference on Thursday. 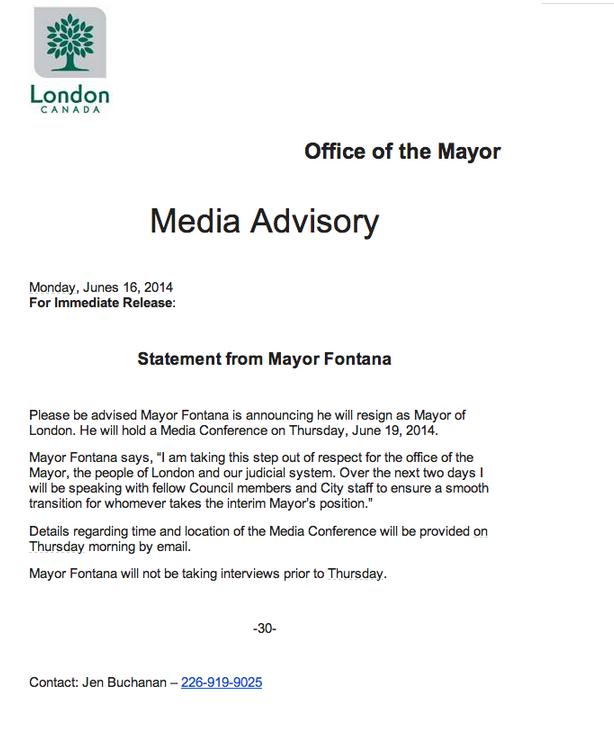 Please be advised Mayor Fontana is announcing he will resign as Mayor of London. He will hold a Media Conference on Thursday, June 19, 2014.

Mayor Fontana says, “I am taking this step out of respect for the office of the Mayor, the people of London and our judicial system. Over the next two days I will be speaking with fellow Council members and City staff to ensure a smooth transition for whomever takes the interim Mayor’s position.”

Details regarding time and location of the Media Conference will be provided on Thursday morning by email.

Mayor Fontana will not be taking interviews prior to Thursday.
Related resources: 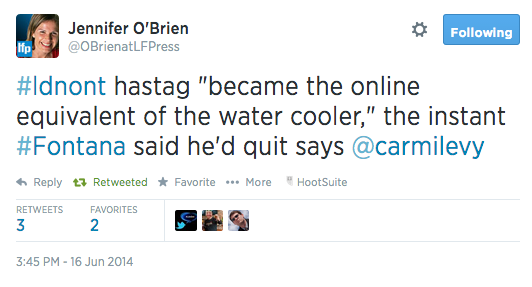