A milestone no one wants 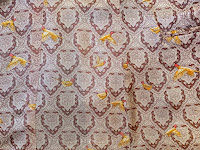 In my - or, frankly, any reasonable - universe, siblings don’t die before their time. They’re supposed to stick around.

But the universe isn’t reasonable, and we don’t get to choose how life unfolds.

I am now older than he was when he left us. Which is something I’ll never get used to.

Age notwithstanding, loss like this never leaves you. It just stays with you. Haunts your silent thoughts. Hovers over every milestone. Colors every waking - or not waking, as it were - moment. Defines you to others.

I’d give anything in my power to go back in time and move the trajectory needle just one degree toward the light. But that kind of power doesn’t exist - in my or any universe.

He was a leading fund manager, a legal and financial boy-wonder with four degrees who often appeared on-air minutes apart from his nerdy kid brother. The BNN crew knew us well.

Clothing and image mattered in his world. Years ago, he proudly showed me the inner lining of a suit he had just had made. While it was sober grey, power-everything on the outside, it was, as you can see here, a crazy flock of birds on the inside.

That was him: the serious-looking freaking genius was also the guy with birds lining the insides of his suits, planning his next Mary Poppins-esque umbrella jump out the high school window.

I wish I knew what else he had going on on the inside. We all do.