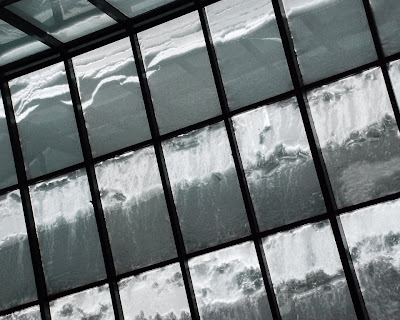 I wanted to thank y'all for your good wishes leading up to and following my interview on CTV's Canada AM this morning. It went very well - I had never been interviewed by Marci Ien before, but it felt as easy as a kitchen table chat...which is what you always hope for. And if you follow Marci's link, you'll see that she's a pretty inspirational person in her own right.

Cool tech fun: I found the video online! If you missed it here it is:

Tech analyst on the future of the media
The economic downturn has affected a number of industries, including media. The sector is feeling the pinch from companies pulling out advertising dollars, coupled with the shifting way in which people consume media.

After the interview was over, I had a very nice conversation with Murray, one of the 'A' television station producers who set everything up and run the camera whenever I go in for an interview. I wish I had taped that discussion, too, as for a few minutes in a quiet studio, we were able to peel back the layers of Canada's media landscape and figure out where everything was going, and why. I felt very much in my element this morning, so as I headed out to the frigid parking lot, I was overcome by a sense of calmness that's largely escaped me in recent months.

This photos reflects a similarly calm moment, when the blizzard outside was raging, but amid the chaos it was kind enough to paint the skylight of the building I was in in ephemeral, memorable patterns. Makes me glad I'm Canadian.

Your turn: You feel in your groove when...?

One more thing: We're still doing winter themes here. And if you haven't captioned, click here, too. I'm so bossy, I know!

Oops, make that two: The conversation continued later in the day...spoke with David Friend of the Canadian Press, who quoted me in this piece, Canwest Global likely close to making asset sales: analysts.
Posted by carmilevy at 3/02/2009 08:01:00 PM

Email ThisBlogThis!Share to TwitterShare to FacebookShare to Pinterest
Labels: Carmi in Media, Monochrome

In the groove when...

I wish I could predict that. It would make things a lot easier. But one can never tell when the muse will speak. Or umm.. sing ... or whatever it is that muses do.

But on the up side, I did get this.
Thematic Photographic 38: "Winter" v.6.0 "What All The Best Trees Are Wearing This Season"

liked the video, were you on before or AFTER the ugly hairless cat? hehe

Thanks for posting on my blog and I sure wish I'd seen Canada Am this morning..I usually watch regularly. Thank you for the link you sent and on the same theme of fathers here is another postof mine in the same vein.

Guess my eyes are going..didn't see that link first time around but GREAT interview. I spend some time as a Circulation Manager on the Community Newpaper level in Kitchener and Waterloo and it's always of interest the way things have gone and are going still with media. You are SPOT on about treating the internet as then enemy rather than embracing the technology..heck they(papers I worked with) only got pagination since I left 6 years ago and were still driving the flats to the press until then..crazy. I wonder if the Waterloo Chronicle is on Twitter yet..lol.

Aww! Carmi live and in person, in living color! How cool was that? The internet makes the world seem a little smaller everyday. And you sounded very bright and educated too. Well done!

Very cool indeed and NOT just the snow on the glass ...

I have another Winter photo ... http://onthem104.blogspot.com/2009/03/monochrome-monday-after-snow.html

I really like this picture. It's quite surreal with all that snow. It's like looking at the bottom of a snow drift!

Glad the interview went so well. I'm going to watch the video now :)