Because planes don't just fall from the sky 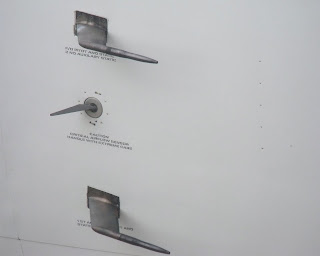 Two years ago, today, Air France Flight 447, an Airbus A-330 with 228 people on board, crashed into the Atlantic Ocean en route from Rio De Janeiro to Paris.

State-of-the-art jetliners don't just fall out of the sky for no apparent reason. Indeed, finding out why an accident happens at all is crucial to future flight safety. Every crash teaches the industry something they didn't know previously, or initiates dialog and debate that inevitably leads to safer aircraft and procedures.

The trouble with Flight 447 was the maddeningly long time it took for searchers to locate the cockpit voice and flight data recorders at the bottom of the ocean. These devices, fitted with sonar pingers that emit sounds for upwards of 30 days after a crash, were finally found last month when a painstaking search process finally found the bulk of the wreckage. Thankfully, investigators were able to extract the data from the black boxes, and they've been slowly filling in the gaps of this ill-starred flight.

I know that commercial flight remains by far the most statistically safe form of travel. I know that I'm infinitely more likely to get smacked by a semi on the way to the airport. But I'm sure some of the passengers on this flight felt the same way when they boarded: You just never know. And any time some investigative justice is served on the cruel forces that seemingly randomly end the lives of hundreds of people who simply wanted to get home, it's a small victory for the rest of us.

Your turn: Do you feel safe when you fly? Why? Why not?

About this photo: The Air France crash investigation has zeroed in on the pitot tubes. A possible failure in these critical speed-sensing devices may have resulted in erroneous and conflicting information being fed to the flight computers - and sadly, at the time of the crash, Airbus had already warned its customers that the tubes installed on A-330s were subject to freezing and should be replaced. When you look at the outside of a plane, the tubes look so inconsequential. Yet it's often the smallest component that has the most significant impact. If only they had been replaced before that flight...
Posted by carmilevy at 6/01/2011 06:05:00 PM

I feel as safe as I ever do when I fly. I do get nervous before a flight as I know my safety is not in my own hands, but once I'm sat down I just let go. I have no other choice really and the ground looks so wonderful from the air :)

Do you feel safe when you fly? Why? Why not?

I can't recall thinking about safety on the plane. I always like taking off, it's like a roller coaster (I always liked those, too). I do try to avoid flying now, though. The airport security routine is barely tolerable, and I doubt its value.

I drove from Columbus, Ohio to Myrtle Beach, S.C. for the annual golf debacle this year. It was nice to bring all my junk and not have this '4 oz. bottle' in a single baggy restriction.

How many terrorists have been stopped by this? How many ever will? It's nonsense.
~

Oh man, I do not feel safe when I fly. Even in cars... because I can't help reminding myself exactly what they are: metal boxes that we trust to transfer us from one place to the other.

I lost my sister and her son in an accident with a semi. Once a tragedy like this happens in your family you lose the ability to feel completely safe ever. I hasn't changed the modes of travel my family I and use. But I cannot get on the highway or on a plane (or let a family member do so) without a deep twinge of "Please....PLEASE make it back alive"

But you have to take a deep breath and keep going...or decide to live in a box.