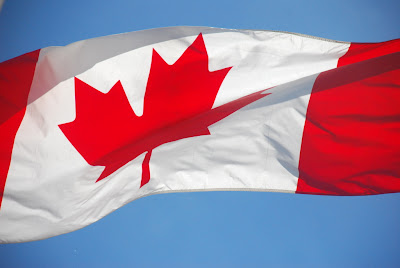 News flash: I'm an unabashed fan of my country. Like any other nation on earth, it's got its fair share of warts. We whine about taxes - to wit, the HST that kicked in at midnight has instantly driven the price of many stapes up by ungodly amounts - and services (or lack thereof) and disappearing industries. We look forlornly to the border to the south and wonder why our American neighbours have access to so many more sugar-laden cereal brands than we do. Our geese even got blamed for bringing down Captain Sully's US Airways Airbus A-320 in the Hudson River last year.

Despite it all, there's a certain something about Canada and the people who live here that makes it easy to stay. Those taxes? They're a bit higher here than elsewhere because we seem to put more importance on the power of community than the sanctity of individualism. We're a little slower to judge, a little quicker to pat each other's back and a little more likely to shrug our shoulders during times of uncertainty. We're a little less likely to draw attention to ourselves, to seek recognition and to behave in ways that would embarrass our mothers. And we have a flag that, IMHO, rocks the house.

We can also be a little lazy about expressing our appreciation for this huge, diverse, rich and mostly accepting land of ours. We've had freedom for so long that sometimes it's easy to take it all for granted. Which is why I'm glad that every year we get to pause on Canada Day, our country's birthday, and think about why we're so lucky.

Your turn: You appreciate where you live because...?


Why do I love Honolulu?

Got a few days?

Happy Canada Day...
Love where I live.... because we DON'T have the value added tax yet... but it is coming.

I opted to leave Canada mostly because I prefer sun, sand, palm trees and crude oil. :(

warts tax and all i love this country