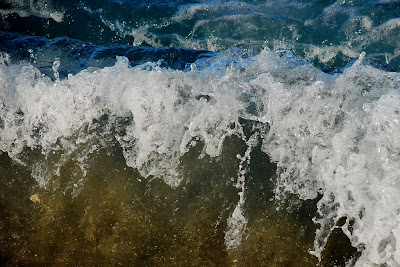 Today's top headline was the announcement from embattled oil giant BP that its equally embattled CEO, Tony Hayward, was pulling the chord on the most golden of golden parachutes. The guy who presided over the henhouse while his minions played fast and loose with the basic rules of drilling safety is now getting his wish - he'll have his life back, along with a never-ending pipeline of big, fat cheques.

I immediately thought of the countless miles of once-pristine beaches that now sit under a deadly film of oil, of the countless plants and animals killed because a company was rushing to move its exploratory rig to the next drilling site. I know I oversimplify because I'm not an expert in drilling mechanics, but it's difficult to oversimplify the legacy of Mr. Hayward's lameoid leadership style. I'd like to say he won't be missed, but I suspect replacing him with another disconnected fonctionnaire won't do much to change the culture of a misguided leviathan at the core of a misguided industry that still thinks it can do as it pleases.

Here's hoping he "gets his life back" and nothing else. Good riddance, Tony. May you never be heard from again.

It's easy to blame him, because he was the face of it all, but there's got to be more to it than just that. I don't think he's an angel, but I don't despise the poor man.

It would be nice to think that he would have a change of lifestyle that would bring him closer to the real world, instead of which he will probably continue to live cushioned from reality by a very fat retirement pension.

I heard he was being sent to work in Russia. That has to be a little punishment, I think. Yes, he is not the cause of all this. There are a whole slew of greedy bastards that need to be punished,including all the American regulators that looked the other way.

Siberia would be nice. But we all know it won't be that bad. Living in Louisiana, and seeing the hundreds of thousands of lives (and jobs) affected by the spill, I am happy to see this elitist b*stard leave. However, this "demotion" is anything but that. Sure, he is going to Russia, but at a hefty pay scale. That's a lot of shrimp, Tony. A lot.

Your close-up shows clean water on a clean beach. I wish for all those who participated in "lameoid leadership" fouled water and fouled beaches. Unfortunately, that is what the rest of us are getting.

I'm thinking along the lines of what Heidi said. I normally don't jump all over the CEO of an airline when mistakes kill a couple hundred people in a plane crash either. Yeah, Hayward comes across as arrogant, but I'm pretty sure he personally did not cause this situation that he probably did not want either.