Looking back in time 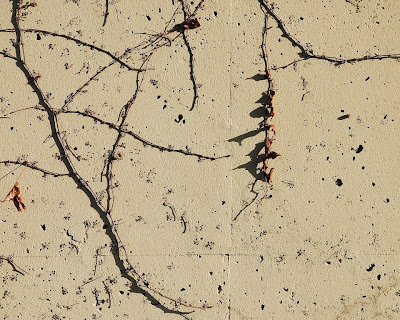 I decided today that flipping through the photo archives might help soothe my soul. I'll let you know how that works out in the days to come. For now, here's one glimpse that I wanted to share.

It was early on a Saturday morning, our daughter's 12th birthday, three weeks ago today. A lifetime, it seems. My parents were visiting us. I had a blood donation scheduled, so as I slipped out of the darkened house as quietly as I could, I couldn't resist the urge to lean over their sleeping forms and kiss their foreheads just as they so often did when I was a kid.

We had a busy day of cake and togetherness planned, so my goal was to show up at the clinic first thing and sheepishly beg for them to take me as early as they could. I suppose I could have cancelled the appointment - and in retrospect, it would have given me more time with them - but since I became serious about donating blood when my father first got sick 12 years earlier, I knew he understood why I felt the need to do this. It was a neat connection, one I know brought him joy.

So as I pulled into the clinic's parking lot on this clear and sunny morning, I realized I had misread the schedule, and had arrived about half an hour before the doors opened. As it's located on the grounds of London's largest hospital complex, I grabbed my camera from the passenger seat and went for a walk.

I didn't get far. The ivy-covered wall stopped me in my tracks. I've shot ivy before. It intrigues me because, depending on its condition, it can signify life in its various stages. And even when it's just bare tendrils on a concrete wall, you can't help but hold out hope that despite it all, it'll find a way to grow again.

Wow that is something else. Excellent my friend. Have a great weekend :) Aloha

That ivy is gorgeous. Amazing.

I am feeling for you. Deeply. My parents are still with me, but I fear the day they won't be, wonder how that will be. I know how it was for them to lose their folks. It's so hard and so sad.

As I read your post, I found myself wondering what the word is for the feeling of speechless compassion from afar. I send this nameless feeling to you now.

I think the most poignant image you evoke with this piece of writing is leaning over to kiss your parents' foreheads as they slept...I had to read through tear-blurred eyes after that. You are a gifted writer, Carmi, and I won't stop saying it - my mom always taught me to continue to give praise in a world where people only seem to criticize and complain...you have touched me deeply. Again.

We all think you are a gifted writer, Carmi. And what is more important is that you are a compassionate and observant person, who can share your insights because you are a good writer. It's wonderful that you had seen your parents so recently and shown them the love they gave so readily to you.

P.S. I got word this afternoon that my birth mother died this morning.

No one really understands the need to give blood until you've had a family member who required it. I'd never given blood until Hayley went through the autologous donations she made during her 2nd surgery and we had to make the decision to use donor blood and continue with the surgery. Since then I try to hit every possible clinic here I can.

It's interesting that one of my childhood memories is of my father coming into my room after I'd fallen asleep and ensuring I was all tucked in. In those moments I really felt loved.

Ivy, in my experience, is incredibly hard to kill. It's one of those things you don't plant unless you really, really mean it.

And so it is with your dad. the vessel that he occupied, that you recognized and could put a name to is no more. But he lives on. As long as those who knew and loved him remember.

And something tells me that won't ever be a problem.