Turn your face to the sun 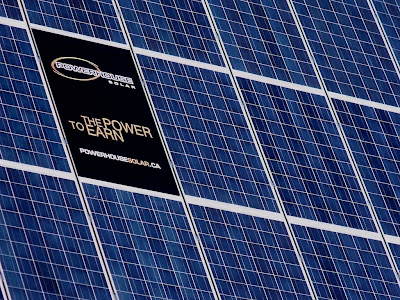 About this photo: Thematic's been playing with light all week long. You can, too, by going here.

Here in Ontario, we're deep into a provincial election campaign that'll have us headed to the polls on October 6th. It's turned into a particularly nasty campaign, with attack ads hitting the airwaves even before the writ was dropped just over a week ago. As entertaining as the whole process is, the now-predictable meanness makes me somewhat sad, as I think we all deserve a little better from the folks who lead us. Call me naive.

One of the major issues is renewable energy. The incumbent Liberal government implemented a Feed-In-Tariff (FIT) that allows regular folks to sell excess energy back into the grid at a guaranteed - read much-higher-than-market - rate for up to 20 years. Since the Liberals were first elected eight years ago, energy costs in general have skyrocketed well above the rate of inflation, and the FIT has become a flashpoint between those who say we need to invest in clear energy and opponents who say we shouldn't be going bankrupt in the process.

While the politicos rage, solar arrays like the one in the photo above have been popping up seemingly everywhere as everyone tries to lock in their FIT bonanza before it possibly goes away. I found this one in the park near where our kids were playing soccer, and was struck by the creativity of some unseen marketing types in including such news-savvy marketing right on the panel. Given my general addiction to things that look neat, it was almost a foregone conclusion that it would end up on my memory card.

Political machinations aside, I think technology that essentially gives us free electricity is an amazing thing. Don't we all want something for nothing?
Posted by carmilevy at 9/16/2011 07:35:00 AM

There is always a price for something 'free'....

Where I live my association doesn't allow solar panels. I think they are way behind the curve on this subject. I just may push the issue about it.
Hope you are doing well!

thank goodness I'll be back in time enough to vote.