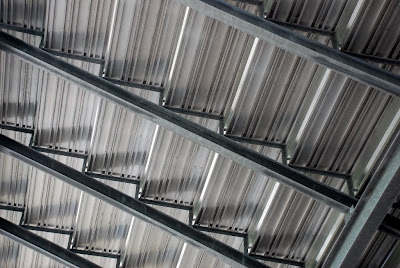 Okay, the Beijing Olympics don't suck. Much. But there's a whole lot of odious feeling surrounding the sanctioning body of the movement, the International Olympic Committee. The IOC makes the classic image of the old boy's club seem positively warm and fuzzy by comparison.

I'm all for international gatherings of sport and peace and endless kumbaya. I support the ideals of the Olympic movement, the aspirational halo that it equally casts over the have and have not nations of the world.

Where I have difficulty is how politicized and bastardized the process has become. The incestuous group that dictates who puts on the games continues to define new lows in international sport, from botching the response to the 1972 Munich massacre to its inconsistent response to rampant doping to its blatant shows of clubbiness, nepotism and favoritism within its ranks. Now it casts a blind eye while China tramples accesses for foreign journalists, sweeps aside the tens of thousands of workers who built the facilities (thanks very much...now leave) and ignores the huge human costs associated with the games they awarded. We all saw this coming in 2001 when they chose Beijing. Way to go, IOC.

(And I haven't even begun to rant about NBC's so-called coverage of the games. If I ever need a definition for rampant jingoism, I only need to turn on the telly. You'd swear after watching one of their shows - tape-delayed, wouldn't ya know - that the only athletes competing in any event were American. Nice.)

About this picture: I was attending a decidedly more pure and simple sporting event in June. My daughter's school track meet at our local university stadium was wrapping up. As I headed home, I turned back and snapped this last view of the underside of the stands. It reminds me that sometimes, sports need only be about a little girl's big day out with her friends.

One more thing: This is another pattern picture as part of this week's Thematic Photographic theme. Click here to dive into the fray.

My heart just goes out to the Chinese people who've worked so hard, only to get booted. Those who've lost their crops and livelihood. The athletes who have to suffer the pollution. And I'm sure there are many others.

I agree with your take on the NBC coverage, Carmi - did we NEED to see Bush checking his watch, or get up close to the US athletes ad nauseum? There were other countries there too! At least coverage didn't break when Canada marched in...

But despite the political atmosphere, the opening ceremonies blew me away for the power, the pageantry, the spectacular effects and performances, the artistic mastery and the history of the country and its culture. And I was deeply moved by the little boy with Yao Ming, as it was planned to tug at every heartstring.

The thing that I, as an idealist, feel was dominant in its presence, was the spirit of the Games themselves; I feel it with every opening ceremony, every Olympics, I hope that if nothing else, it can last at least temporarily in the minds and hearts of those participating and watching. I'm also hoping that the next 16 days bring continued uneventful events.

The news of the invasion into Georgia had not yet reached its athletes whom we saw marching into the stadium; already there is a pall across their experience. I'm just hoping that's the only event of its ilk that will be reported. I remember the bombings in Atlanta and am hopeful (if not idealistic) that such things will not darken these Games.

Maybe I'm just an eternal dreamer but I tend to blur the political stuff during the Olympics, at least in my own mind. Not forgetting it - just trying to embrace the positive.

I'm waiting for 2010 when the real Olympics return. The summer games? *yawn* Olympians should be facing death! Or at least serious bodily injury. Right?

But somebody let me know if consoling grieving friends becomes an Olympic event so I can try out for the team. I'd gladly pass on the job if the universe would quit dumping on the people I care about.

Oh, Carmi, I'm right here with you on this.

I refuse to watch the Olympics because of the point you've made although I acquiesce to watching the Winter Games because my wife was on the German National Ski Team.

Give me an eighth grade track meet or soccer match any day.

You put it much more succinctly than I could have. Instead, as I am apt to do, I just posted an image to sum up my feelings on the subject on my blog.

i'm pretty much in the same boat as you are concerning the olympics. they are fun to watch, but the politics are much more sinister. they sure put on a happy face...

I've never been a huge fan of the Olympics.

The billions that goes into the "dog and pony" productions is ridiculous.

There are much better things that money could be spent on.

Televised coverage of the Olympics has sucked ever since NBC got the bazillion year long contract to show them. I think they have it through 2012, and I'm really hoping ABC gets the next one...

I love watching the Olympics because there are sports I don't usually get to see and because it's nice to see hard work pay off. My big problems with the Olympics:

1. China NEVER should have been awarded the games in hopes they would clean up their act in terms of human rights. It's like giving a 2,000 pound dinosaur the car keys before he has his license.Did that make sense? I don't care. It sounded right. That they are reneging on their promises to international media is just par for the course.

2. It's true--NBC coverage sucks. I know that have some huge deal that was signed in ink before the Interweb took off, but there should be some way that you can see the games broadcast live online without having to break the law or pay a huge premium. And while I consider the Olympics to be worthy news, no other network really even acknowledges them.

3. I think Olympians have to sacrifice a lot to make it to the top of their game, and I wonder if it's worth it--especially in countries like China, where children are ripped from their parents at a young age to train, only to be turned out with no marketable skill when they don't win the gold.

Is the Olympics that stuff they show in between the commercials?

Reminds me of that old joke about the book "Under The Bleachers" by Seymour Butts.

I love the Olympics. I don't care about politics while I am watching them. I do care about the rules. Looks like some of the Chinese gymnastics women (?) cannot possibly be 16 (a rule). NBC? Slanted toward the US? Duh!

I believe you have said it all very well.

Thank you for saying NBC’s Olympics coverage sucks. They seem to think the only things worth broadcasting are things with water, bikinis, or women’s gymnastics. Thus the coverage of swimming, synch diving, and beach volley. Face it, I can watch Baywatch reruns and get pretty much the same visuals. Of course they show women’s gymnastics because everybody loves that once every four years.

By the way, I would LOVE to see a medal ceremony—I’d love to hear the US National Anthem and watch the flags and the athletes on the podiums, but NBC doesn’t seem to show that, either. I guess it’s more important to have the bizarre United Airlines commercial or Bob Costas prattle on about something….

It’d be nice to see some variety—different sports and different countries.